Had Gogglebox been commissioned by the BBC, the following note could have been sent into ‘Points of View’. However, in the absence of a similar platform available for Channel 4, my planning law blog will have to do....

Having had experience of advising on planning issues associated with caravan parks – my enjoyment of Gogglebox has always been somewhat hindered by the fact that Lee and Jenny are always filmed in Lee’s caravan. As a planning lawyer, I’ve always been concerned as to whether the caravan is Lee’s main residence all year and whether there is a risk of enforcement action.

Certainly within a Scottish Planning context, it is often the case that a caravan park will have a restriction on duration of occupancy to a period of time less than 11 months. This restriction is enforced by way of a legal agreement in the form of an obligation in terms of section 75 of the Town and Country Planning (Scotland) Act 1997 (or sometimes by way of a planning condition) which will require occupancy of caravans to be restricted to a specified time period and that a register is kept of arrivals and departures. Such a register is then to be made available for inspection by the local planning authority for them to be satisfied that caravans are not being used for permanent residential use all year round.

In simple terms, this is to ensure that the caravan park does not change its use and become a permanent housing site.

Back to Gogglebox...As has been reported in the press, and beautifully narrated by Craig Cash, Lee’s caravan is located at a caravan park on the outskirts of Hull in the East Riding of Yorkshire.

Gogglebox seasons roughly run for 9 months of the year from September to December and then from February to June. So, it doesn’t appear to be the case that Lee's appearances on Gogglebox are likely to land him in breach of a typical caravan park occupancy restriction and risk enforcement action... Although, take note on the ways by which evidence can be amassed in respect of time periods for immunity from enforcement action - Lee and Jenny started life on Gogglebox in 2014... so if there was a breach of condition, he wouldn't be out of the woods just yet.. and there is no such prescription of an obligation to a planning agreement.

I had also (fleetingly) wondered whether there had been a material change of use to the caravan too, but as set out in my previous blog from a previous life (link) – I’m comfortable that given the scale and regularity of the operation, filming at the caravan wouldn’t constitute a change of use.

If anyone else has been similarly troubled and has their Friday night televisual viewing disrupted by these issues…. I very much hope that the above analysis will be of interest, assistance, and reassurance..

As a planning lawyer, I’ve always been concerned as to whether the caravan is Lee’s main residence all year and whether there is a risk of enforcement action. 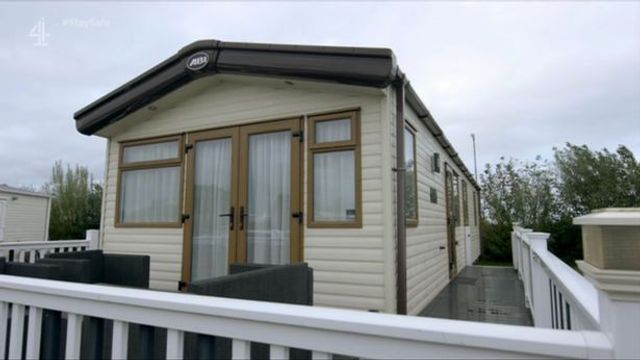