Nuclear fusion reactors have been a goal for scientists for decades. The potential for the technology is enormous - vast quantities of clean energy that could power society for generations to come. The hurdles to overcome are equally daunting - how do you control the process that powers our sun and then get the energy out?

These technological hurdles have kept fusion reactors out of reach for decades. However, in the last year we have seen a number of key breakthroughs being announced.

In May, a team from the Culham Centre for Fusion Energy in Oxfordshire announced the development of the MAST (Mega Amp Spherical Tokamak) Upgrade, a new exhaust system for tokamak (ring shaped) reactors, which reduce the heat imposed on the reactor components ten-fold. This is significant when you consider the operating temperature of the reactor is of the order of 100 million Celsius. MAST could dramatically improve the longevity of critical reactor components, cutting the downtime for reactor maintenance.

In August, the National Ignition Facility in California, which is working on an inertial containment type reactor (as opposed to the tokamak type) announced that it was approaching an important milestone - the point at which the energy output from fusion exceeded the laser energy used to ignite the fuel. In an experiment carried out on 8 August, the NIF recorded an energy output of 70% of the laser energy used to produce the reaction. This was eight times its previous record, and 25 times what it could produce only two years earlier. Possibly even more important, the NIF believes that it achieved a state known as "burning plasma". Inertial containment reactors work by hitting a tiny, rice sized grain of fuel with high powered lasers to start fusion. However, once the reactor reaches the burning plasma stage, the fusion reaction itself is powerful enough to ignite the next grain of fuel, leading to a self-sustaining reaction. This is critical to creating a commercial inertial containment reactor.

Then, only two weeks ago, the Massachusetts Institute of Technology announced a major breakthrough in the field of magnets. By using novel high temperature superconductors, the MIT research group produced a powerful magnetic field using orders of magnitude less power than ordinary copper magnets. In fact, the 30 watt superconductor magnet produced a field that would require as much as 200 million watts of energy to produce using traditional copper magnets. As tokamak type reactors use powerful magnets to contain the high temperature, fusing plasma within their rings, this significant reduction in energy requirement (and indeed reduction in the size of the magnet) is potentially a game changer (though it is accepted that existing test reactors do not use copper magnets). By contrast, the magnets at ITER (the next generation fusion research facility in France), which will hopefully be online in the next five years, are half as powerful and take up 40 times the space.

These advances in technology do not mean that commercial fusion reactors are just around the corner. The hope is that these may start to come online in the 2040s, too late to help the first wave of climate pledges, but hopefully just in time to take over from the new generation of nuclear reactors now being built.

Unlike existing fission reactors that produce radioactive waste and sometimes catastrophic meltdowns, proponents of fusion say it offers a clean and virtually limitless supply of energy. 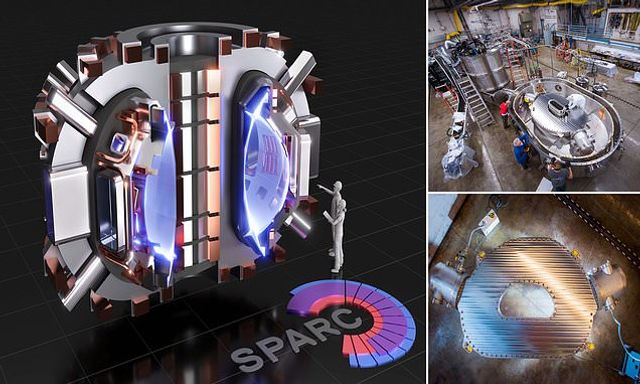