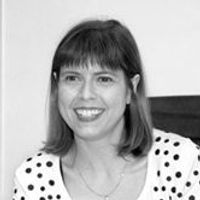 Carly Simon sang "It's coming around again" and potentially the same could be said for capital gains tax (CGT).  The Office of Tax Simplification's (OTS) recent report has been widely commented on, noting the recommendation to move back to a realignment of CGT rates to income tax rates.  Currently CGT rates are at 10%/18% or 10%/20%/28% depending on your income tax status and the asset disposed of whereas income tax rates range from 20% to 45%.  There is a concern that the differential between these rates could create distortion in decision making and provides scope for abuse.

There are also changes recommended to Business Asset Disposal Relief (formerly entrepreneurs relief).  There is an acceptance that those who take risk, have their own businesses and are often are unable to take financial benefit from them for the early years, should be rewarded with lower tax rates on a later sale.  The recommendations in the report appear to suggest a move back to something similar to retirement relief which was phased out by 2003.

The report also refers back to the OTS's report on inheritance tax and their concerns about the CGT uplift on death.  The OTS recommend that the uplift on death is abolished with the beneficiary receiving the asset at the original acquisition value i.e. the same as inter spouse transfers which are on a no gain/no loss basis.  This was also suggested for lifetime gifts which are currently a deemed disposal and so subject to CGT.  The exception to this would the family home.

The OTS recommend that if the uplift is abolished that asset values should be rebased (they suggest at 2000 levels) and an inflationary adjustment made which some of us will remember as the indexation allowance!  As The Telegraph article today notes, in some cases this could result in a lower tax charge on investment properties despite the possible increase in CGT rates; a rush to sell to trigger gains before any changes are made may not be the best course of action.

Whatever changes are eventually implemented, the OTS is due to issue a further report on CGT early next year, it is unlikely that they will be entirely novel; we will likely see some of the old rules coming around again but in a slightly new guise!

"...analysis showed that those who stayed in the market could benefit from £22,000 in tax savings from the proposed changes, due to two lesser known OTS ideas included in its report."